Mashable and EyeTrackShop did a study of several social media sites and buried in the data are two eye tracking studies on the YouTube homepage.

There’s little debate that thumbnails are critical to a video’s performance and this study punctuates that (especially in terms of subscribers, who get your videos through their homepage). But the study also reveals a little wisdom about what kinds of thumbnails specifically perform the best in a competitive environment. Here’s what you’ll notice:

Another interesting note — people are quite likely to fixate on their own profile icon and the adjacent functions there near the top of the page — comments and inbox. So, don’t count those out as effective ways to reach an audience. 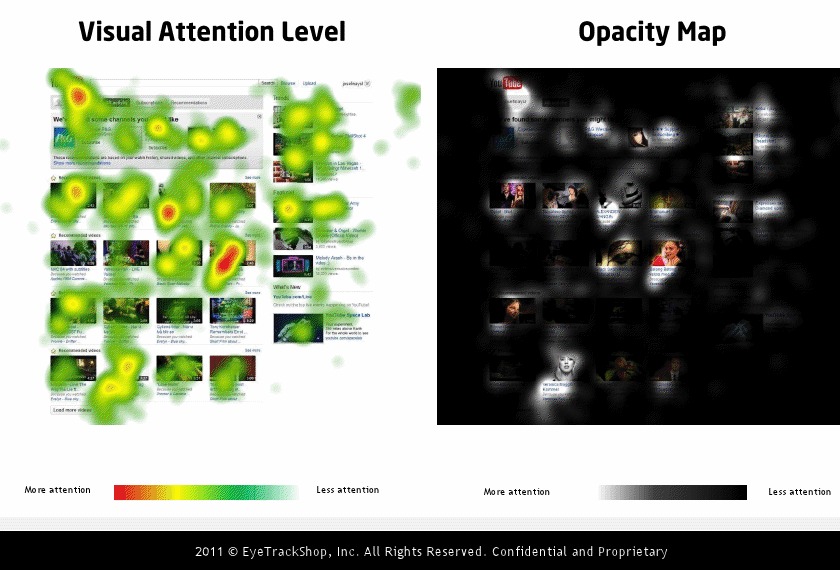