…But I got a ride from an Uber driver from LAX the other day. He was very friendly and we started talking. I learned that he’s a screenwriter by trade and he told me that Ubering lead to an option on a script he’s been working on for years.

Here’s his strategy for leveraging Uber to sell his screenplay:

Again, I have NO idea if this would work at scale or if the guy was telling the truth. But I just love the hustle so I had to post it.

This week, I was at VidCon. The whole conference rearranged my mind, as it does every year — it’s a celebration of all the ways YouTube is changing creativity.

But one thing that really stuck with me was Ze Frank’s short talk about “brain crack,” the addictive habit of keeping “good ideas” in your head rather then executing them. It’s a call-back to one of his old videos. Here’s how he elaborates:

…the bummer is most ideas kind of suck when you do them. And no matter how much you plan you still have to do something for the first time. And you are almost guaranteed the first time you do something it will blow. But somebody who does something bad three times still has three times the experience of that other person who is still dreaming of [actually doing it]. When I get an idea, even a bad one, I try to get it out into the world as fast as possible, because I certainly don’t want to be addicted to brain crack.

[*]“Running out of ideas” is more like a level-two problem, once you’ve escaped from a little bit of that brain crack. Once you’re executing a lot of projects, you start to feel like THIS ONE might be your last. (It’s not.)

Today, I got a text from a good old pal. I had sent him a check in the mail and before I sent it, I wrapped it in a sheet of paper — before I did that, I printed an image on the sheet of paper — an inside joke.

He said, “I nearly choked laughing at the picture you wrapped the check in.”

I responded, “Yeah, I figured a blank sheet of paper was a missed opportunity. Haha…”

One day a few weeks ago, Daniel asked me if I wanted to shave my head. Of course, I did it. Who wouldn’t want their head shaven? Pretty soon, everyone else in the office was shaving their head, too. It was all good fun. Until we were walking down the street one day and… 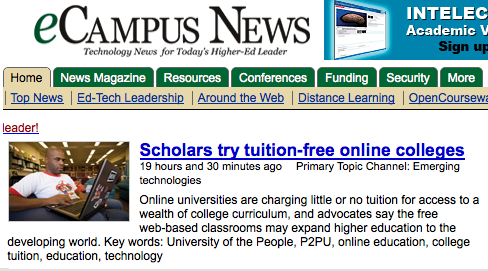 Open universities offer students a shot at learning for free and the freedom of doing so remotely. It’s a really cool movement in education. eCampus News just did a feature on the subject and I was lucky enough to be one of their sources. Here’s the pertinent chunk so you don’t have to register on their goofy site:

Chris Lesinski, a blogger who tracks education technology trends, credited institutions like MIT and Stanford University for making lectures available online for anyone to download and watch, but said an entire college education via the internet and without cost could remain a foreign concept for traditionalists in campuses’ Ivory Towers.

“Universities aren’t exactly forward thinking all the time,” Lesinski said. “I think it’s the main thing that holds back open universities. … There’s a technophobia there. People who are still using AOL for their eMails are the ones running the universities.”

This is my first real website. It’s a simple, single-serving site with just one answer: how much a first class stamp costs.

I’m tired of every Twitter application for the iPhone. Some are buggy, some are too complicated, others are slow. My solution is a little hack with the fantastic TwitterMail. As far as I’m concerned, it ends the debate. Regardless of what app you use to check Twitter, everyone should use TwitterMail for just plain Tweeting.

It sets up a unique email address that you can Tweet through. The contents of that email equals your Tweet. Here’s why it’s great: it isn’t dependent on an internet connection. When you open Mail, it doesn’t load a hundred other tweets or some buggy code like most other application. It just loads the robust Mail app. And even if you don’t have an internet connection, it’ll save your Tweet in the outbox until you get connected again. It’s fast and easy. 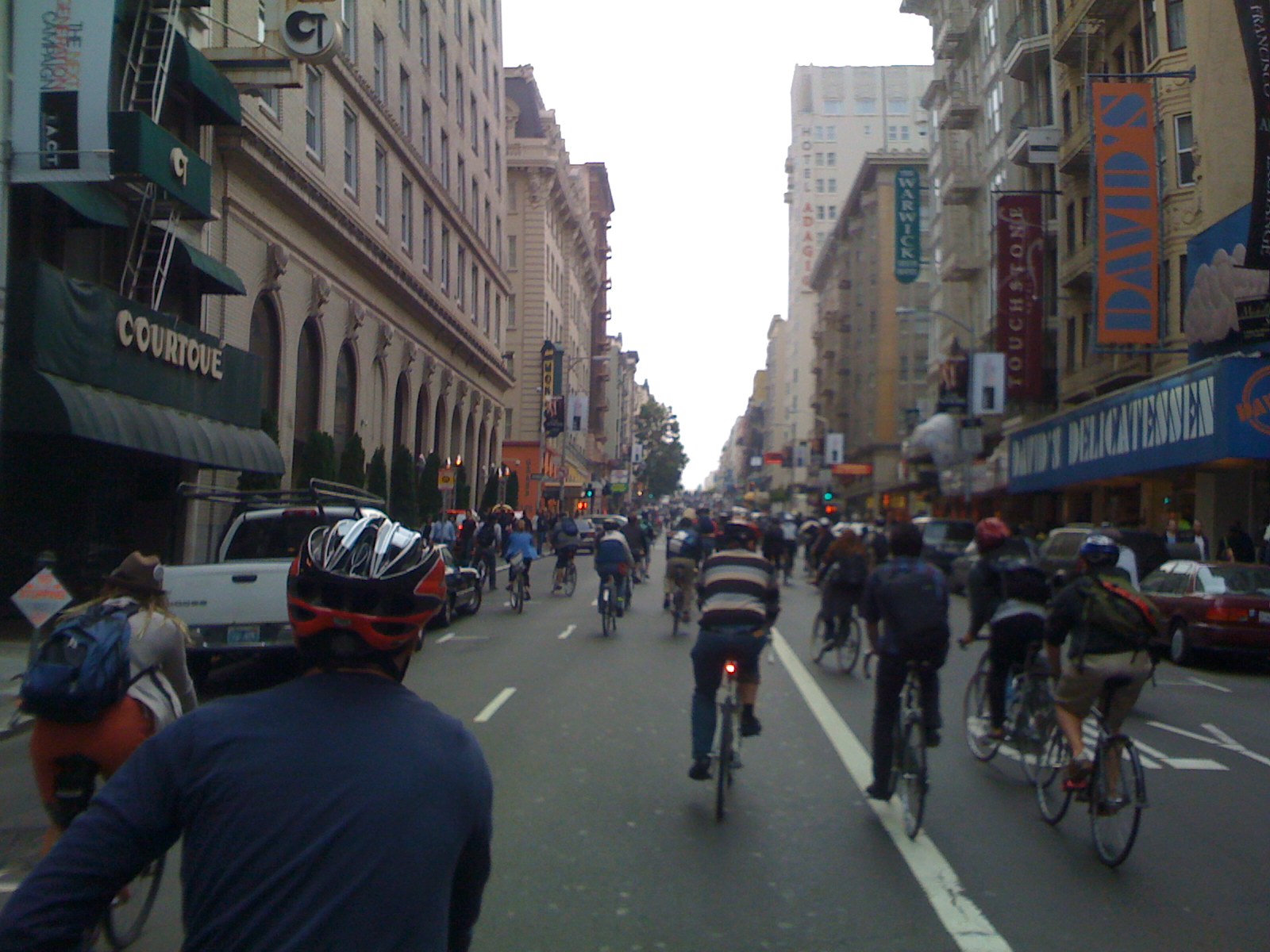 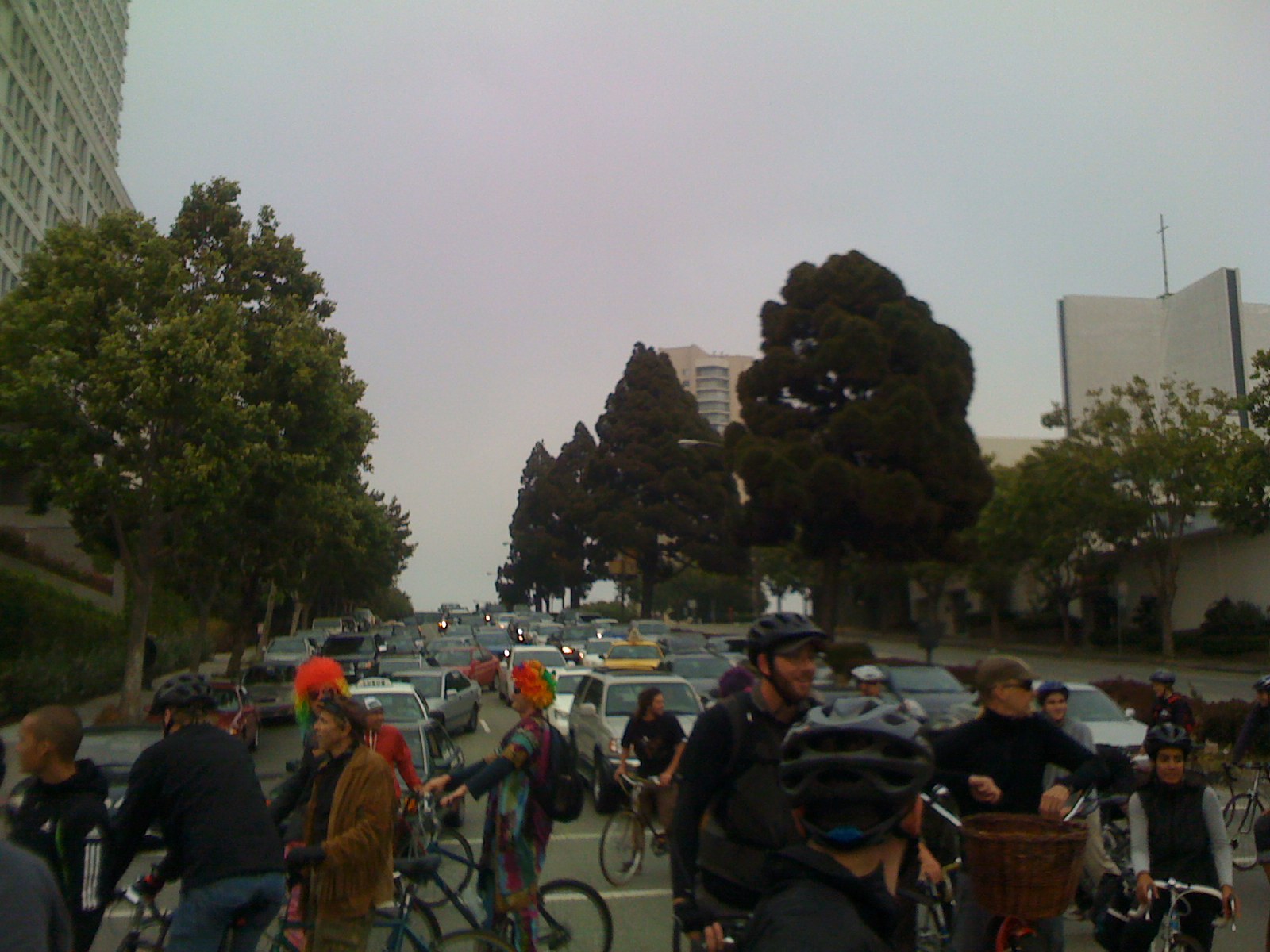 [I wrote this for my motion picture analysis class. I think that even though it’s not a perfectly written piece, it’s my final word on the movie Crash. Since it’s such a hotly debated and talked-about film, I just wanted to go on record with my thoughts. Enjoy.]

The most important thing in a movie is the writing. Concept is all we hear about in Hollywood and while clothes-pins are nicknamed “C-47s” on a set, the story has a more appropriate moniker: “the bible”. It’s importance is such that no amount of acting, cinematography, or sound design can redeem a poorly-written screenplay. And rightly so: what more could filmmaking be than an elaborate form of storytelling? Crash is a multi-racial hodgepodge of intersecting lives, brought together through conflict and disaster – an interesting way to tell a story – yet it fails by being too contrived. It was written and directed by Paul Haggis in 2004, won an Academy Award for Best Original Screenplay (often considered “cooler” than Best Picture). But don’t let that fool you. It doesn’t take a forensic scientist to get to the bottom of this wreck.

On the first day of an introductory class in screenwriting, the teacher would explain “on the nose” dialogue: one of the biggest pitfalls of an amateur writer. “On the nose” refers to dialogue that too clearly indicates what a character is thinking or feeling. It lacks the subtlety that real life exhibits. Example: I would never say, “I am so mad right now! I am furious!” unless I was being completely facetious. But this is what Crash boils racism down to: an obvious, on-the-surface expression of anger. When a Persian and an American gun shop owner get into an argument he busts out this line: “Yeah, I’m ignorant? … And I’m flying 747s into your mud huts and incinerating your friends?” When an Asian and a Latin American (police officer) get into an argument over a car crash, the Asian says she’s going to “call immigration” and the other woman insults the Asian’s accent. People just don’t talk like this. It goes back-and-forth for almost the whole film, to such an absurd point that some people play a drinking game according to how often each race gets blatantly dissed.

Okay, so maybe Crash is supposed to be a movie about people who become diehard racists when they’re upset. No excuse. White Americans watch this shocking, dramatic film, but deep down inside, they feel comforted. First, because Crash would have you believe that racism is an ever-happening cycle that victimizes everyone equally, including white people. And secondly, Crash doesn’t just tell us that racism is bad; but that as long as you’re not a bigot, you’re okay. As long as you don’t call someone “Osama” or a “chinaman”, then you’re fine – which couldn’t be more wrong. Today, there are no Jim Crow laws. The problem with racism in this country is not extremism. It’s unconsciously clutching your husband’s arm when you see a black kid. It’s unaffectedly getting angry when your car collides with a white person’s.

So, maybe Haggis didn’t go to film school, but a high school English class might have taught him something else he ignored: to do multiple revisions of his work. A woman and her father get a free box of ammunition with the gun they are purchasing. He wants “the kind that fits,” and she responds: “There’s more than one kind.” Sixty seconds of unashamed racism later, the clerk asks about the kind of ammunition, she earnestly responds, “The kind that fits.” An inconsistency like this should be gone after draft one, but Haggis’s priority in this scene isn’t the characters. Instead, it’s their banter, since it tends to his agenda.

But Haggis might have benefited most from an elementary school writing class, where they may have explained a devious, little-known element of despicable storytelling. It’s one thing to be inspired by a film, or to pay homage to another masterpiece, but Crash practically engages in outright plagiarism. It goes without saying that Crash joins a handful character-driven, episodic-style Los Angeles stories that began with Grand Canyon in 1991 and begot at least two remarkable motion pictures: Short Cuts, and Magnolia.

The culminating scenes in Crash, Short Cuts, and Magnolia involve an experience that all of the characters share in common. In Short Cuts, it was a strange climactic condition: an earthquake. Magnolia took off on Short Cuts, but in a totally different direction: frogs fell from the sky. Crash copied both by using a strange natural disaster that also fell from the sky: snow. In Crash, this scene also completely departs from the whole film’s musical motif and switches to “Into the Deep” by Bird York. Only hearing it back-to-back with “Wise Up” by Aimee Mann (played during Magnolia’s similar montage) can fairly exhibit what a rip-off this song is. The timbre is identical: everything from the singer’s voice to the drumbeat in the background.

To contrast, consider a film from another culture, ironically, with a similar name: Caché of 2005, from France. It puts story first, with a thriller-like plot – but in a completely unique, deliberate style, all its own. Caché may or may not even have an “agenda” like Crash because it treats racism like the theme it should be. It handles it with such precise subtlety that an American, unfamiliar with the tensions in France, could watch the entire film and not even realize its implications. Crash crashed, and Caché delicately bumped. I don’t claim that the French are better filmmakers than us, but maybe they’re just better-educated.