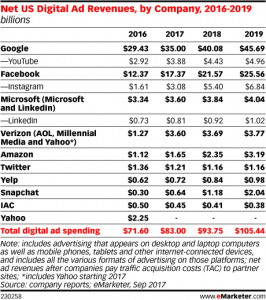 I’ve searched all the parks in all the cities and found no statues of committees.

Boy this is a GREAT quote cited by copyranter Mark Duffy on Digiday. Duffy is focusing on creative agencies in the post, explaining why a new trend of “crowdsourcing” creative work is a horrible idea.

On the digital entertainment side of media, there are examples of the same trend (that are frequently also labelled as “innovation”). For instance, Amazon, for a long time, has used crowdsourcing to determine which movies and shows it would produce. And that’s a big, obvious example. On less consumer-facing level at digital platforms and in development, I’ve experienced many teams more or less “internally” crowdsourcing their development process by allowing too many people with disparate tastes, areas of expertise and business goals to give creative notes on a project. Inevitably, projects get watered-down, regress toward the mean and join the internet “sameness” crap-trap… And it’ll only get worse as digital content gets more closely controlled by distributors.

Duffy explains some of the cons of this approach in advertising, and internal crowdsourcing is a problem in digital entertainment for the same reasons. But that G.K. Chesterton quote says it all for me.